PUTTING ONE FOOT IN FRONT OF THE OTHER

“In my darkest moments, Pivotal has given me a sense of belonging. They are the family that I never had.”

When I met Pivotal, I was  later on  in my life, and in my third attempt to pursue a college degree. Despite the challenges I’d faced as a foster youth, I promised myself one thing: That no matter what, I’d get myself to a 4- year university. It was a tough time for me, though. Over the years, I’d suppressed many memories that were now resurfacing, and I was also trying to figure out my identity as a young person from foster care. 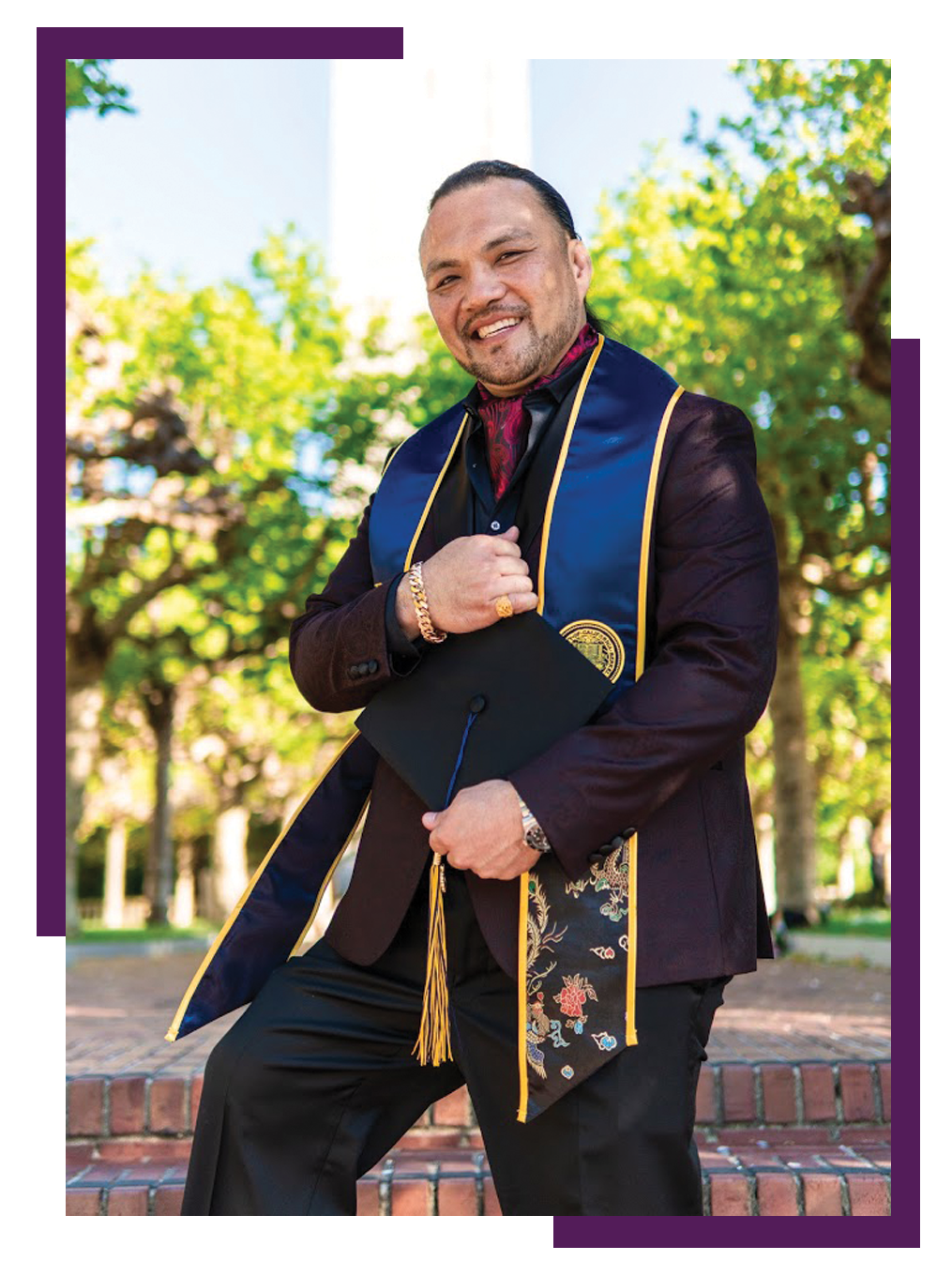 I enrolled at San Jose City College, where I began meeting people who would change my life. One of those people was a coach from Pivotal. From the start, she was receptive to my needs and truly listened to what I wanted to achieve in my life. Especially as an older student, sometimes it felt like I didn’t belong with the other college students. But the more Pivotal staff I met, the more I felt supported and cared for. Pivotal became my family and helped me build the resilience I needed to take the next steps to success.

I was accepted into  Columbia  University  as  a transfer student from San Jose City College and was ready to move back east, but Pivotal reminded me that it was important to have a strong and local support system to get through school. So instead, I made the best decision of my life and enrolled at UC Berkeley. I wanted to change the world for people like me, and at UC Berkeley, I did.

When I think about how resilient I’ve had to be in my life, I’m amazed at what I’ve accomplished. Resilience is about putting one foot in front of the other even when the answers aren’t there. For us foster youth who have already been at the bottom, there’s no way to go but up.

The Meaning of a Care Package

Designing my Own Path