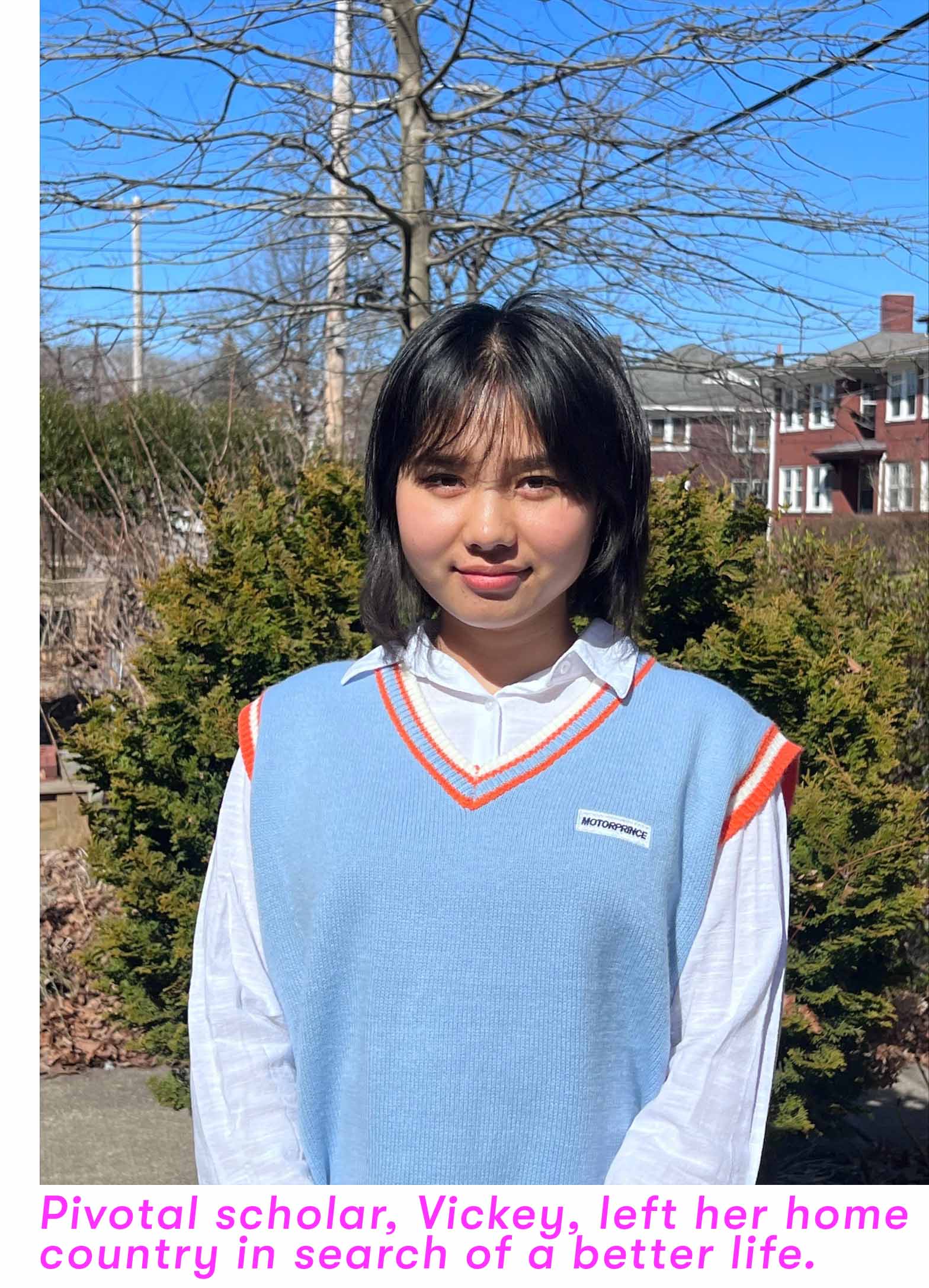 Just beyond the river, bordering where I grew up, lies another country where everything is opposite to my little town. Whenever the electricity went out, we gazed through to the other side where the streets were lit. We dreamed of a day when our feet would land in the light of that city.

For the first thirteen years of my life, my dream was to cross the dividing river and live in that country where the electricity never went out.

So, one day, with a stranger’s help, my sister and I dared to cross the river in the hopes of making our dreams come true.

The journey was emotionally overwhelming. While I complained about life in my small town, when I set foot in the city of lights, the realization that I could never return home struck like lightning. Looking back on that day, while my emotions overwhelmed me, a part of me was delighted to achieve my dream.

Now, I live in a country where electricity runs 24/7, but I face different borders. I am in a land where my appearance, culture, and behavior are foreign. “Huh?” is the response I get when they hear my accent. When I open my lunch box, my friends make faces while they talk about SpongeBob, and I sit in silence. So, I chip away at the parts of me that identify who I am, hoping the border between us will disappear someday. Over time, I realized the electricity inside me was going out because a wall exists between my peers and me like thick, invisible ice that’s cold to the touch and makes me shudder.

But I now realize it is not our differences but our fear of rejection and conceit that separate us. So, I will not shed a part of me to fit in. I will, instead, celebrate my uniqueness with pride and educate those new to my culture. I will hold this light within me, hoping it is enough to melt the icy borders one day.”

Vickey is a Pivotal go-getter with big dreams. Despite facing numerous hardships fleeing North Korea, disruptions from moving between family homes and detention centers before finally fleeing to the US, she remains optimistic. A sophomore at Chatham University, she dreams of finishing college and eventually studying social psychology to help create spaces for young people that are safer than the environment she grew up in.

While Vickey’s story is unique to her experiences, her fear of rejection is echoed by many young people who grew up in foster care and brave trauma, disruptions, and displacements on their journey to leave a little mark of their own on the world.